The Home Gnome home maintenance app for iOS began when we toured this beautiful home. More than ten years old, it was in perfect condition. The home owner’s secret was a combination of good quality materials and an on-going maintenance system.

We own a home that we wanted to keep in such beautiful shape and knew that many other home owners feel the same way. So we got to work.

The Home Gnome home maintenance app for iOS began when we toured this beautiful home. More than ten years old, it was in perfect condition. The home owner’s secret was a combination of good quality materials and an on-going maintenance system. We own a home that we wanted to keep in such beautiful shape and knew that many other home owners feel the same way. So we got to work. 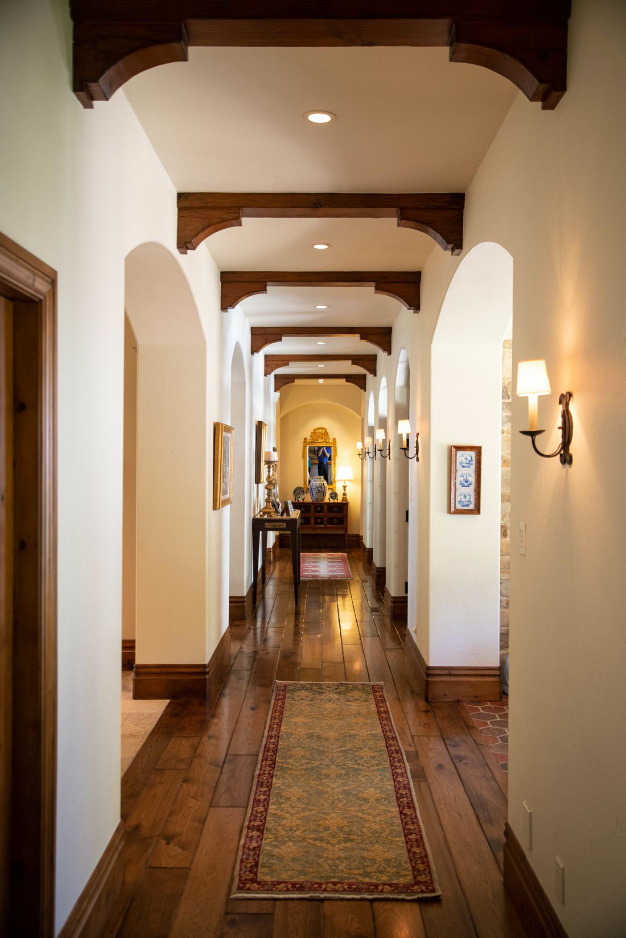 Our lead designer, Donna Rouviere Anderson, began with extensive research, as we weren’t sure exactly what homeowners need to do to keep their homes in great shape. She developed a comprehensive list of topics from plumbing to painting to keeping the roof in good repair. As she did research on them, she realized that house maintenance included other issues as well - safety, fire prevention, weatherproofing and maintaining HVAC, plumbing, and appliances.

She next looked at the environment in which homeowners would be working. The home owner needed to be able to use the app in a variety of environments at home, from down in the basement to under the sink.

Home maintenance is a weekend activity,  and most home owners fit it in between other weekend activities. It was important that homeowners be able to maintain their homes in short time periods so that they could then go on to enjoy their weekend.

Using her research, Donna broke home maintenance into lists of simple tasks, some of which needed to be done annually, some semi-annually, some quarterly and some monthly. She then created monthly lists of tasks.

These lists formed the basis for the app. The idea was that homeowners could spend a few minutes every month, on the day or days of their choice, doing home maintenance tasks. This would keep their home in good shape.

Donna also created personas and scenarios based on her research about homeowners. From there, she created an iterative plan for the app, which would allow for releasing a basic version of the app and then continuing to add features in subsequent iterations.

We next met for a week-long Sprint, an all-out meeting that began with putting all desired features of the app on post-it notes on a whiteboard, then grouping them by app view, and drawing storyboards of the views. With input from app developer Forrest Anderson, Donna created an interactive prototype of the app which was then user-tested.

This was followed by a detailed buildout of the app and its release as Home Gnome 1.0. This release made it clear that the app was useful, and we moved on immediately to Home Gnome 2.0.

The next step was to make Home Gnome more customizable. We added the capability to sort tasks, add and edit tasks, add notes and details to them and add a photo. We also added a shopping list so that homeowners could add tools and materials to it while doing home maintenance, and a map with home improvement stores on it so that they could easily pick up the items they needed.

This is an early set of prototype screens for the app:

Donna also designed and created an animated slideshow intro for the app.

We are continuing to add features with the goal of making the app the most important tool in a homeowner’s toolbox.

The Go to Market Plan

Donna designed and Forrest built, maintains and updates this responsive website, including the apps section and its Home Gnome section and Donna has designed on-going social media content for Facebook, Instagram, Pinterest, Youtube promotional and tutorial videos and an accompanying Mailchimp newsletter to provide news on app update, home maintenance tips and information about other Rouviere Media productivity apps.

We are continuing to add upgrades and new features to Home Gnome and are committed to providing support for the app and its users on an on-going basis.